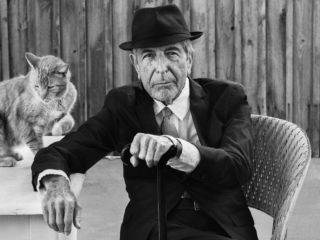 Like the rest of the the civilized world, I was distraught and horrified by the election of Donald Trump to the presidency of the United States of America, after both a terrible and – I don’t like to say this out loud – wonderful 2016.

The worst thing about 2016 was that my dad finally succumbed to his cancer. He was seventy-seven, but I really hoped he’d be around for another decade or so. 2016 also packed a terrible punch for the loss of so many talented personalities. Some that hit me hard besides Leonard Cohen were David Bowie, Prince, Muhammad Ali, Pat Conroy, Carrie Fisher, and Craig Sager.

Other than losing my dad, it was a really good year for my family and me. Professionally things were great, capped by my giving a presentation on telecom program management at the Avaya ENGAGE conference in Orlando. But in true 2016 fashion, just days later, Orlando went nuclear: singer Christina Grimmie was murdered at her own concert, toddler L 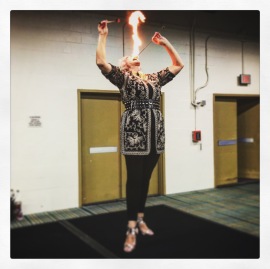 ane Graves was eaten by an alligator at a Disney resort, and Omar Mateen massacred 49 people at the Pulse nightclub. This all happened in Orlando just days after I and thousands of others had an amazing time at our conference, which also featured a killer private concert by Nate Ruess. It was hard to hold onto my wonderful memories of Orlando when the nation was rightly mourning their multiple tragedies.

Also in 2016 our family took an incredible trip to Europe, likely the only one we’ll be able to afford to bring the kids on (and just two of the three kids at that). The family is made up of human beings, who all have ups and downs like me, but for the most part we’re all healthy and moving in a forward direction. I made some serious changes to my diet, joined and kept a commitment to a gym, and made some other positive personal changes.

But when Leonard Cohen died at eighty-two, just one day before the election that ushered in the repugnant and frightening Donald Trump, I was shaken. Cohen’s passing wasn’t announced until November 10, two days after the election, while millions of us were still wondering if we were sharing a collective nightmare from which we’d soon wake up. And now Cohen gone? Talk about salt on the wound. But at eighty-two, suffering from cancer and general age-related maladies, it’s hard to say he was taken too soon. Just a couple weeks prior to his death he released his last studio album, a fine collection of original material called You Want It Darker.

I came to Cohen late, not until the early 2000’s or so. I’ll always treasure the memory of seeing him in San Jose 2009 with my cousin David Gandy: Cohen seventy-five, me forty, both born on September 21. He was so gracious and so good. It was a concert I will never forget.

Leonard Cohen: novelist, poet, painter, illustrator, monk, musician, singer, philosopher. He left us as our hopes and dreams left us, the day before the ignorant, insane, or evil in America elected a dark spirit to guide our coming days. Cohen’s Tower of Song from 1988 is one of his classics, and upon his passing I pretensiously decided to add a verse.

Well, my friends are gone and my hair is grey
I ache in the places where I used to play
And I’m crazy for love but I’m not coming on
I’m just paying my rent every day in the Tower of Song

I said to Hank Williams, how lonely does it get?
Hank Williams hasn’t answered yet
But I hear him coughing all night long
Oh, a hundred floors above me in the Tower of Song

I was born like this, I had no choice
I was born with the gift of a golden voice
And twenty-seven angels from the Great Beyond
They tied me to this table right here in the Tower of Song

So you can stick your little pins in that voodoo doll
I’m very sorry, baby, doesn’t look like me at all
I’m standing by the window where the light is strong
Ah, they don’t let a woman kill you, not in the Tower of Song

Now, you can say that I’ve grown bitter but of this you may be sure
The rich have got their channels in the bedrooms of the poor
And there’s a mighty judgment coming, but I may be wrong
You see, you hear these funny voices in the Tower of Song

I see you standing on the other side
I don’t know how the river got so wide
I loved you baby, way back when
And all the bridges are burning that we might have crossed
But I feel so close to everything that we lost
We’ll never, we’ll never have to lose it again

Now I bid you farewell, I don’t know when I’ll be back
They’re moving us tomorrow to that tower down the track
But you’ll be hearing from me baby, long after I’m gone
I’ll be speaking to you sweetly from a window in the Tower of Song

Yeah, my friends are gone and my hair is gray
I ache in the places where I used to play
And I’m crazy for love but I’m not coming on
I’m just paying my rent every day in the Tower of Song

I went to the Tower to sing one last song
They met me at the gate and said “Come along”
I said “Show me to my room, I’m tired, I’m eighty-two”
They said “Room, what room? This whole Tower’s for you”  –C.P.

Author of The Case Against Sugar, Why We Get Fat and Good Calories, Bad Calories

A multimodal blog by Andrew Prokop